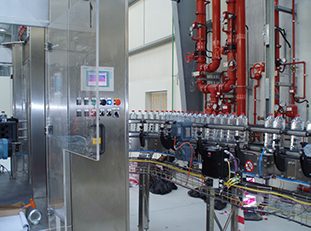 The customer is today one of the world’s largest manufacturers of bottling plants, PET bottle blowing machines and packaging machines. The group is made up of several companies, which manage the production of the various components, thus offering turnkey plants manufactured according to the customer’s requirements.

In a country like Dubai, where there are no waterways and wells are very rare, the production of drinking water has a strategic function. This is the purpose of the Mai Dubai plant, which encompasses all stages of production: from desalination and purification of seawater, to bottling it and preparing it for distribution.

Three lines produce bottles of different sizes for a production capacity of up to 12,000 bottles per hour, using a PET blowing machine. The bottles are then filled, labelled and packed on pallets.
For the correct operation of the bottling lines it is necessary:

– cooling of water from desalination and drinking water treatment from 45°C to 30°C, with a flow rate of 75 m³/h
– cooling of PET bottle moulding dies, oven circuit and electrical control panels.

Due to the complexity of the plant, the customer chose Cosmotec not only to supply the chillers but also to design and integrate the entire cooling system into the bottling lines.

Great attention has been paid to the system’s operating logic, especially in the integration of the energy sources present and in temperature management, to ensure efficient operation even in particularly invasive environmental conditions.

The products supplied by Cosmotec are: 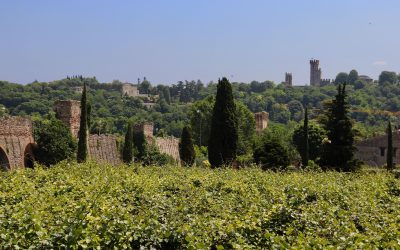 R513a gas: an Eco-Friendly solution for your system The problem of global warming and the resulting climate change has... 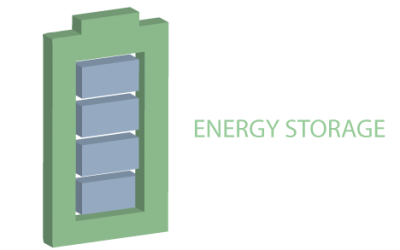 Energy Storage   The Customer The company is a leading designer and manufacturer of electrical panels for outdoor...